Leveraging the Power of Storytelling to Increase Vaccine Demand

Nigeria currently has the largest population in Africa. The country also has an alarmingly high under-five mortality rate, greatly driven by vaccine-preventable diseases. While the national government has worked with various partners to implement community-based interventions to improve the country’s vaccine supply chain system, insufficient understanding of vaccination and hesitancy among caregivers remains prevalent. The result? Over one million children in Nigeria succumb to vaccine-preventable diseases annually.

In the southern coastal states, particularly around the Niger Delta region, immunization services are available; however, mothers of vaccine-eligible children often fail to utilize them. Poor community involvement in immunization programs is a principal driver of low uptake. The 2016 National Survey of Routine Immunization reported that 42% of caregivers either lacked information on the importance of vaccines or had little trust in the health system. Limited awareness of immunization schedules contributes to the high number of under-immunized and zero-dose children.

These findings became the backbone for the Community Theatre for Immunisation (CT4I), a project conceptualized and developed by Corona Management Systems. The initiative focused on two Delta-region states – Bayelsa and Rivers, where the CT4I team conducted interviews with key informants in the states’ immunization ecosystem to understand existing efforts around vaccine demand.

Geraldine Mbagwu, the Program Manager for CT4I, was one of the principal players throughout the development of this project. “After understanding the challenge and outlining a possible solution, one of the key assumptions we tested was government buy-in to the intervention,” she shared.

Predicting that there was more information to consider, Geraldine and her team engaged state health workers to get a sense of other challenges across different levels of the health system. Geraldine worked with frontline workers and program managers in the health system to draw out these barriers. Once they were clear, the next step was engaging community leaders and members to get a sense of their understanding and perspectives related to vaccination. An added nuance was examining which, if any, cultural barriers could be driving vaccine hesitancy in the region.

Finally, focus group discussions with mothers of infants gave insights into their experiences with the health care system and the reasons behind their mistrust. All these findings from the caregivers informed CT4I’s decided intervention.

Eager to test the hypothesis that caregivers would demand immunization services as a right if educated and supported, CT4I developed an approach informed by their findings. “Using the results of our human-centered design meant we needed to craft solutions with decision-makers and mid-level managers within the health system, to ensure that the intervention was participatory and inclusive at the institutional level,” shared Geraldine. Layered onto this was the understanding of how meaningful oral storytelling was as a cultural approach for building values in the communities across the Delta region. And so began the co-creation of community theatrical performances, which would be inspired by real-life stories as a means of delivering health related information using entertainment. The intervention was granted approval from government stakeholders of the two states and three Local Government Areas (LGAs).

The concept was to creatively tell stories in different ways using two protagonists –the caregiver and the health worker. The aim was to inform the audience that both parties played a significant role in children’s health, with the desired outcome of encouraging caregivers to fully utilize vaccination services.

Using caregivers who were interested in performing proved to be an impactful way to tell the intended stories. Their enthusiasm was an advantage to the development of CT4I’s initiative. They were first trained on aspects of vaccine-preventable diseases and immunization, with the ultimate goal of transforming them into immunization champions who would share relevant and accurate information within their communities.

Health worker involvement at this stage was especially crucial. The premise of each storyline was tied to an occurrence in the respective community, and local languages, mythology and characters were incorporated into storylines. More importantly, performances were also designed around the socio-economic status and educational levels of caregivers to show that these were facets that drive interactions with immunization services.

Once ready, the plays were performed in public spaces such as markets, town halls and churches. These convenient locations allowed the plays to be hosted not just in public spaces, but in spaces where vaccinators could set up vaccination booths. At the end of each performance, the CT4I team collected feedback to understand caregiver thoughts on whether the performances clearly told the story of immunization and to understand their perspectives on the topic. This feedback would be adapted into CT4I’s theatrical performance models which would then inform future scripts and subsequent performances.

Results (see graphic below) from the intervention clearly demonstrated an increase in knowledge among caregivers – from those who performed to those who were in attendance. At present, communities continue to be encouraged to take the lead in identifying challenges on the demand side as well as the barriers to vaccine uptake. This is a sure sign and strong case study depicting the importance of design thinking, community engagement and storytelling to increase vaccine demand.

26% increase in the number of fully immunized children

10% decrease in the number of zero-dose children

6% decrease in those who lacked trust in the health system 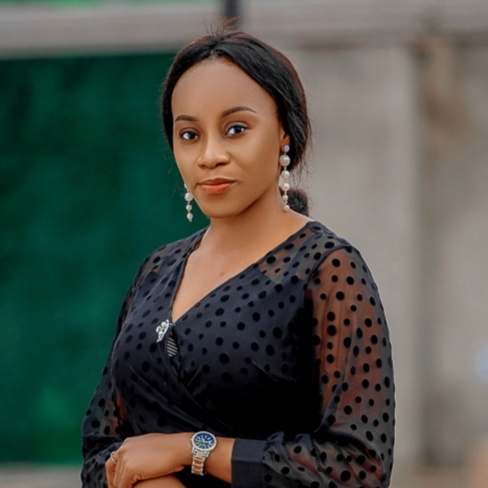 Geraldine Mbagwu currently works as a Programme Officer with Corona Management Systems where she manages the implementation of the Community Theatre for Immunisation (CT4I) Project in Bayelsa and Rivers States in Nigeria. Over the last 2 years, she has primarily worked on the immunization program at the sub-national level, where she provides technical support to the State Routine Immunisation Technical Working Group and the State Emergency Routine Immunisation Coordination Centre (SERICC) in planning, implementing, and monitoring strategic interventions to reach all eligible children with vaccines. The CT4I project which she manages focuses on creating demand for vaccines and addressing Vaccine hesitancy and has proven that engaging caregivers through a human-centered design approach of creating awareness, trust-building, and increasing motivation increases the demand for vaccination.