In a world that is increasingly focused on technology as a builder of viable solutions to difficult problems, often some of the drivers to overcoming barriers can be forgotten. Technology, while valuable, is only as effective as the users who promote it and understand its offering. This was the key learning that took place in Afar, Ethiopia by one public health practitioner.

With its significant nomadic population, full vaccination coverage is literally a moving target in Afar, making it one of the regions with lowest coverage rates in Ethiopia. Immunization services are provided at health facilities and outreach sites at health posts that serve the mobile population. The sites are separated by hundreds of miles requiring supervisors to travel by motorbike or vehicle from one site to another to ensure that vaccine inputs are in place and most importantly, in working order. Reports however, had become spotty and inconsistent, and there was a clear gap between data received from facilities on the number of vaccinations given and the supervision reports. A technology solution seemed to be the best way to resolve the problem and together with representation from the national EPI and the consulting practice Acasus, initial parameters for a supportive supervision app for EPI was created. 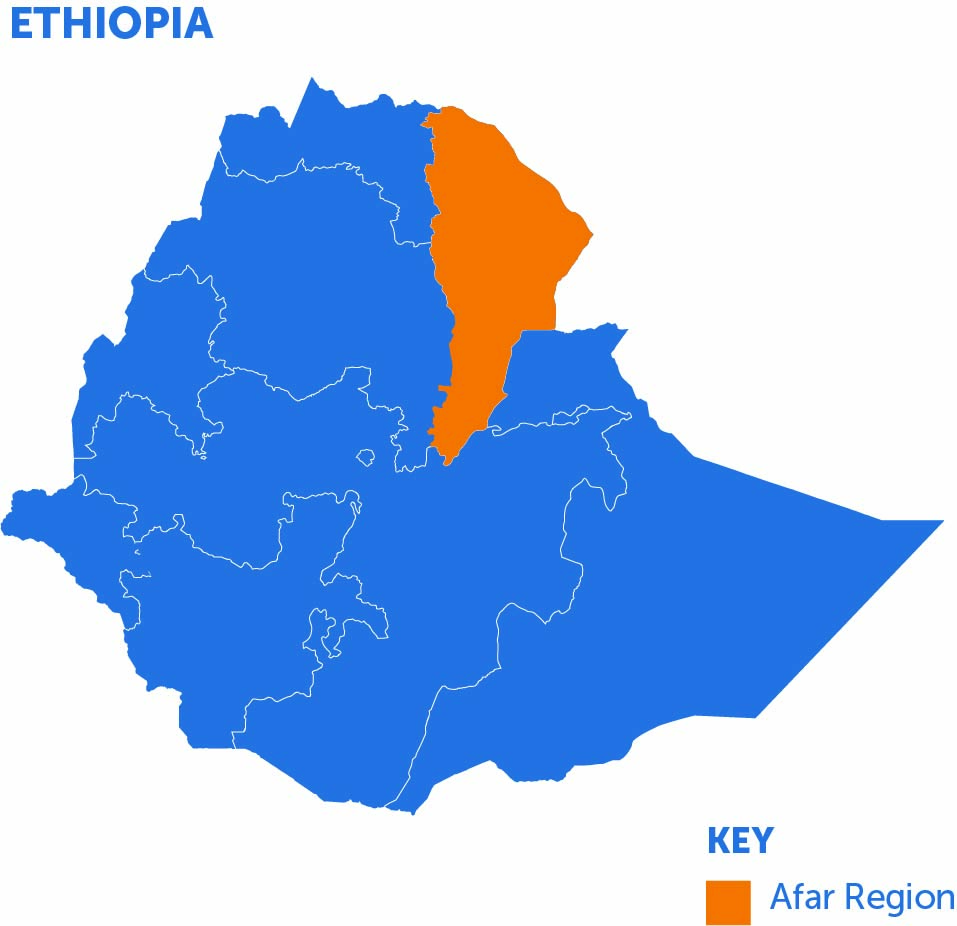 Kirobel Begashaw was one of four consultants who were recruited to run the pilot in Afar. For Kirobel, the chance to be part of something that was life changing appealed deeply to him. The recent Australian MPH graduate of Ethiopian heritage had known that he wanted to one day work in the country and the position with the team offered the right opportunity. Starting a new job, in a new location and in a new country had both pluses and minuses. On the one hand, there were no preconceived notions of why change could not happen, allowing Kirobel and his team a sense of optimism to move forward with the pilot. On the other hand, it meant learning how to navigate a system that was already in place without the benefit of hindsight or pointers on how work actually gets done beyond the written rules of how a given hierarchy is supposed to work.

Soon, Kirobel came to understand how best to accomplish his remit in Afar. The first step was not educating others on the viability of the app, but rather building up trust capital that would enable him to engage with stakeholders as a loyal colleague. While emails and phone calls worked in his home country Australia, engagement was very different in Afar. Here it required time, continued dialogue and deep human connection. Technology would come later. What was required first was long conversations understanding the roles, the challenges and the daily work of EPI staffers over traditional Ethiopian coffee and long lunches around a meal of injera. Over time, Kirobel came to learn intricate details about how best to roll out the technology and overcome some of the barriers in place, but more importantly became a trusted extension of the regional EPI team. Kirobel took the time to build relationships with members from the Federal Ministry of Health and the Regional Health Bureaus, meaning that their staffers knew that if they reached out to him for training needs or technology-related questions he could be relied on to provide the answers or support needed. This relationship was integral to the success of the pilot as it ensured correct calibration of activities and deployment across the vast region.

Over a period of eight months, the supportive supervision app was deployed and refined. Many supervisors had never handled a smartphone and training had to be revised to be as detailed and straightforward as possible. This involved a recalibration from starting training on the use of the app to beginning at the use of a smartphone, including how to manage data costs and navigate a touchscreen. From there, supervisors were equipped with the phones and shown how to use the vaccine and health facility-related data as well as upload GIS tags on the various sites that were visited. These GIS tags provided the regional team with an instant line of sight on the current supply of inputs at each site allowing for more synchronized planning for input needs as diverse as vaccine delivery or refrigerator repairs. In addition, it allowed the team to monitor frequency of supervision visits with the manual logs. Moreover, it raised flags on the validity of data where there were inconsistencies between GIS and supervisor reports.

The Impact of Technology on EPI

44% increase in confirmed supervision across the region

46% improvement in the frequency of fixed sessions

The transparency that the app offered was instrumental in building a much more efficient vaccine distribution system. Antigens were available at centers when mothers arrived with their children often after a trek of twenty kilometers or more. The increase in service reliability had a positive effect on vaccine uptake and could be traced back to the app information which had streamlined input supplies. With the success of the pilot, interest in deploying the app in new locations in Ethiopia that were facing similar supervision challenges grew and by early 2019 the pilot was extended to Oromia and Addis Ababa regions. In 2020, discussions were underway between regional EPI managers to roll out the tool in the Amhara region and other regions as well.

As a public health practitioner, Kirobel credits his time in Afar as the real learning lab, beyond the case studies in his MPH textbooks. He shares that he has come to understand the need for unlearning assumptions, for investing in relationships and for seeing technology as an enabler that can only work in the context of trust. With his newly acquired lens, Kirobel’s hope to be an agent of change in the land of his ancestors is finally taking place. 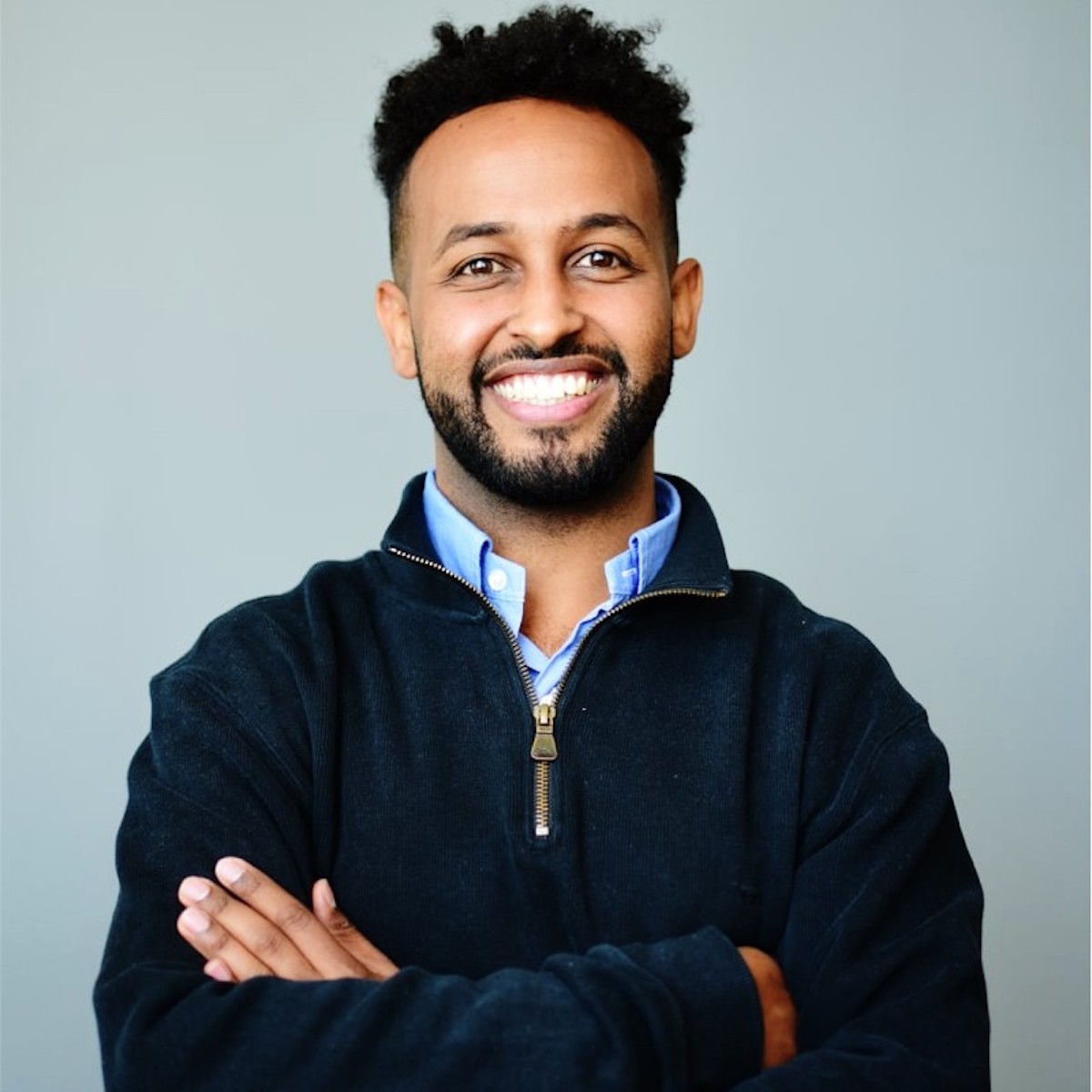 This Bright Spot story was submitted by Kirobel Begashaw, Project Manager with Acasus in Ethiopia. Kirobel shares his story with the hope that others may be inspired to look beyond the technology that is a necessary tool for streamlining efficiencies to the relationships and people in the EPI chain who are the oil that gives the tech engine power.