The Twenty-Year Road to Ending Cervical Cancer in China

The beginning of a long journey

Professor You-lin Qiao’s return to his homeland of China after spending 11 years abroad was characterized both by opportunity and challenge. He left his job at the US Cancer Prevention Studies Branch at the National Cancer Institute, National Institute of Health in 1997 to join the Cancer Hospital at the Chinese Academy of Medical Science/Peking Union Medical College, and later the Cancer Foundation of China. You-lin was determined to apply his knowledge and dedicate his energy to address the growing concern of cancer in China, with a focus on the prevention of cervical cancer. This would mark the beginning of a long, yet rewarding journey.

At the time, cervical cancer caused the loss of 60,000 lives annually in China, accounting for more than 17% of deaths by cervical cancer globally[1]. To tackle this problem, he led research to improve the quality and efficacy of cervical cancer screening in China. By 2009, his continued advocacy and scientific breakthroughs led to the government adopting cervical cancer screening as part of its public health mandate in rural areas. Despite this achievement, the efforts still left a gaping hole at the time: demand severely exceeded supply, leaving large parts of the population uncovered.

The introduction of a game-changing vaccine

In 2006, the arrival of the Human Papillomavirus (HPV) vaccine delivered a breakthrough in the prevention of cervical cancer. While the green light for use of the vaccine was given in many western countries, in China, the process of clinical trials, which was required by China’s National Medical Products Administration, had just begun.

For You-lin, it was a huge milestone, but one that had to be tempered by patience. From 2008 to 2019, clinical registration trials for a local vaccine, Innovax’s Cecolin, alongside assessments for GSK’s Cervarix and MSD’s Gardasil, took place in China under the auspices of You-lin and his colleagues at the Chinese Academy of Medical Sciences, the CDC and other hospitals.

In 2016, the long-awaited breakthrough finally arrived, and the National Medical Products Administration provided clearance for the vaccine’s use amongst women.

The approval of the HPV vaccine was a watershed moment for You-lin’s team. However, the journey had only just begun. Two additional factors now bottlenecked the promotion of HPV vaccines in China: limited vaccine supply and lack of awareness on the importance of HPV vaccine immunization among adolescent girls. The state-funded National Immunization Program (NIP) did not cover HPV vaccines, which meant vaccine supply often favored urban, wealthy and working-age women, at the expense of teenage girls and those living in low-resource settings. Meanwhile, lack of public awareness and acceptance of vaccines in general, and HPV vaccines in particular, complicated the rollout. Parents often feared that the vaccine would potentially be harmful to their children’s health and would encourage their children to engage in premarital sex. As a result, the HPV vaccination rates for adolescent girls remained under 1% in China.

More work to be done

You-lin strongly felt that there was still work to be done in his continuing journey to prevent cervical cancer. In 2019, the quest brought him into the orbit of Dr. Duan Xianzhi, a gynecologist from Jungar Banner, a county in rural Inner Mongolia [2]. Duan was a well-known and highly regarded figure in the county. Her passion for working in women’s health in under-served areas stemmed from her modest upbringing in the countryside and her struggle to attain an education at a time when it was considered unnecessary for girls.

Jungar Banner, which is under the administration of Ordos City, held the sad distinction of a cervical cancer incidence rate that was three times the national average. For You-lin, the opportunity to make a difference could not have been greater and together with Duan, he began brainstorming around an HPV vaccine pilot for teenage girls in the county. Having dealt with patients facing end-of-life due to cervical cancer on a regular basis, Duan needed no convincing and led You-lin to Zhang Yinyin, a Vice Magistrate in Jungar Banner. You-lin partnered with Jungar Banner to successfully negotiate a highly discounted price for vaccines. Later, the trio worked with other officials and women leaders to design a pilot to be rolled out to the county’s 9,892 eligible adolescent girls (aged 13-18 years).

By early 2020, the team was ready to launch the pilot; however, COVID-19 brought everything to a halt. Resources for health at county and city levels were all redeployed towards addressing the challenges of the pandemic. For six months, non-COVID-19 related care was no longer a priority, and schools, which were meant to be the kickoff point for the health education portion of the pilot, were now closed. The team was despondent, but, like everyone else, they were focused on navigating life under the pandemic.

During this period, You-lin and his colleagues persisted, working closely with the local leaders in Jungar Banner to overcome these challenges. They first strengthened their cooperation with local women leaders including Duan and Zhang. Their deep network in local communities meant that the project could garner the resources and support necessary for the campaign rollout. Then in May 2020, You-lin submitted a proposal to NIP for an HPV-vaccine provision for adolescent girls during the Chinese People’s Political Consultative Conference (CPPCC) and National People’s Congress (NPC). This proposal attracted explosive coverage by national media outlets, gained more than 680 million social media views and raised public awareness on HPV vaccination.

The support of local women leaders and the focus garnered by national media brought the pilot back on track. In preparation of the formal vaccine rollout, You-lin’s team developed educational and promotional materials targeted toward adolescent girls, healthcare workers, parents and schoolteachers. In addition, local education officials developed comprehensive health lessons for the teenage girls in middle and high schools, including the creation of immunization handbooks providing answers to FAQs about which diseases were caused by HPV infection, the HPV vaccination schedule, side effects and safety concerns of HPV vaccines.

Meanwhile, technical guides for community health workers, officials and teachers became important tools to mobilize demand among school-aged girls and their parents and to advocate for funds from the People’s Congress.

Rules around engagement had eased by mid-year in China and, on August 1, 2020, the free HPV vaccine program finally kicked off in community clinics. Influential national media widely reported the event as a key step in the EPI introduction of the HPV vaccine in China. Media reports strengthened the confidence of the government city-wide vaccine introduction in Ordos City. The mobilization efforts proved worthwhile as demand began to creep up in earnest.

Vaccination rates grew from less than 1% to 84% between July 31 and November 30, 2020. Driven by the success of Jungar Banner, eight other Banners in Ordos City began free HPV vaccination for girls aged 13-18 from 2021 onwards.

Public appreciation of vaccination increased in the pandemic year as countries raced to find a vaccine for COVID-19. Relevant media in China promoted vaccination, which combated vaccine hesitancy amongst the public [4, 5]. For many people, the idea that they could prevent a future death with a known vaccine became especially real, which in turn drove demand for the HPV vaccine. Concurrently, young teenagers started sharing their vaccination status for free on Weibo, one of China’s largest social media platforms. Soon the free vaccine program was trending. As the program has progressed, the vaccination willingness of young girls has increased.

It was a significant step for You-lin and his colleagues who had been advocating for inclusion of the HPV vaccine in the NIP without success. By early 2021, the program’s runaway success in Ordos City drew keen interest from other cities or prefectures in the country and the team was invited to share the story behind their implementation.

In September 2021, the National Health Commission (NHC) launched a new round of cervical cancer elimination initiatives which included an HPV vaccine rollout in 15 cities as part of the Health China 2030 national strategy. To date, the cities of Xiamen, Jinan, Chengdu, Wuxi, Shenzhen, Lianyungang, the entire Guangdong Province (with a population of 126 million) and Hainan Province have already committed to providing free HPV vaccines to schoolgirls for 2022.

The Ordos City project proved to be a perfect storm of opportunity – building off statistics that conveyed cervical cancer as a real threat, finding the right champion in Duan and seizing the insights brought about by the COVID-19 pandemic; for the researcher whose dedication brought into place the resources to tackle the problem and the birds-eye view to bring the result to national attention.

In a photo contest organized by WHO commemorating the 1st anniversary of the cervical cancer elimination day of action, this photo taken just after a group of Ordos City girls received free HPV vaccines won the top prize and was selected as the theme of the event [6]. The project was showcased for all nations around the world fighting steadfastly against cervical cancer.

You-lin is getting ever closer to his goal of universal access to HPV vaccines and the eventual elimination of cervical cancer, a success story that has only taken twenty-five years after he returned to China. 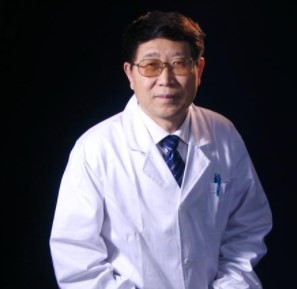 You-lin Qiao [7] is Professor & Director of Center for Global Health, Chinese Academy of Medical Science/Peking Union Medical College. He has been trained in preventive medicine from Sichuan Medical College and Dalian Medical College in China, Johns Hopkins University Bloomberg School of Public Health and National Cancer Institute/NIH in USA. As an expert in cancer prevention and control, he has been involved in many national and international projects to study etiology, primary intervention including HPV vaccines, and early detection of a variety of cancers through multidisciplinary and global collaborations for promoting cancer prevention and control programs in China and developing countries.

Her Power | A Chinese gynecologist’s story: Wish there would be no cervical cancer in the grassland

[4] First free HPV vaccination in Jungar Banner, when will the project be promoted nationwide

[7] Dr. Qiao:  The war hero in the fight against cancer