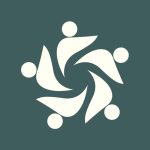 Throughout the COVID-19 pandemic, religious leaders have proven to be critical voices in overcoming vaccine hesitancy and building vaccine confidence. When health officials in Zanzibar – a semi autonomous region of Tanzania – encountered challenges in COVID-19 vaccination efforts due to rumors and misinformation, they called on religious leaders to combat misinformation and share messages about the benefits of vaccination with their communities.

As COVID-19 vaccines were introduced and promoted in Zanzibar, “questions about the vaccine have always been ‘Is this vaccine safe?’ and ‘Does our religion support this?’ As scientists, we can’t answer this [second question], but the religious leaders and scholars can,” says Mr. Saleh.

“In Zanzibar, we say if you want to implement anything, you must go through these key influencers: political, local, and religious leaders. When we work with religious leaders and provide them accurate information to share out, it has always made a significant and direct impact.”

The Ministry of Health of Zanzibar, in partnership with FHI 360, brought together immunization officers, health promotion officers, and senior-level religious leaders from different faiths in co-creation workshops. These five-day workshops were conducted separately for different faiths and included religious leaders such as Bishops, Pastors, Imams, Sheikhs, and other Islamic scholars to determine how to frame messages, respond to misinformation, and answer questions.

Through a facilitated co-development process, the workshop first identified knowledge gaps when it came to misinformation and misconceptions about the COVID-19 vaccine and worked to bridge the gap by co-creating toolkits with clear messaging to help religious leaders address concerns based on the context of their faith traditions.

“The process was extremely important to minimize the rumors and misinformation,” shared Mr. Saleh. “The followers normally believe what they hear from religious leaders. We realized that the religious leaders themselves had a lack of COVID-19 knowledge, and it was an opportunity for them to be informed.”

Through this co-creation workshop, religious leaders identified the need for scheduled messaging that combined religious texts with creative framing to drive vaccine uptake. The toolkits developed and tested with religious leaders consisted of a six-week program that started with a basic introduction and built on learnings from week to week to address increasingly complex challenges and concerns related to COVID-19, including answers to FAQs.

The Ministry of Health of Zanzibar worked with religious leaders at the national and regional levels to cascade out the co-created messages, disseminate toolkits to their local counterparts and sit with the local-level leaders to deliver messages directly. Having the most influential and most respected religious leaders and scholars involved gave legitimacy to the toolkits and provided tangible answers to faith-based questions.

Religious leaders incorporated the scheduled messaging into their traditional workshop days and weekly services, addressing misinformation and community concerns about the vaccine. The same religious verses were also incorporated into other health promotion materials, such as posters and radio spots echoing the messages heard from the religious leaders.

From Implementation to Impact

Success came quickly. After only three weeks of scheduled messaging, the Ministry of Health saw vaccination rates begin to improve. They worked in coordination with the religious leaders to arrange vaccination services at religious centers and gatherings, tracking service attendance and individuals vaccinated to monitor impact.

From the initial implementation of this program in March 2022, vaccine demand in Zanzibar continued to increase, and fully immunized coverage increased from 26% of the population in March 2022 to over 50% in August 2022.

Word soon spread – the toolkits became highly sought nationally due to the number of religious leaders in the country and their influence on people’s lives. Moving forward, the religious toolkits continue to be a key strategy, says Mr. Saleh. “Today, the challenge revolves around addressing low-risk perception around COVID-19 as cases have dropped and fewer individuals are willing to get multiple doses of the vaccine. Our job is to reshape risk communication, adjust these toolkits, and continue to connect with our community.” 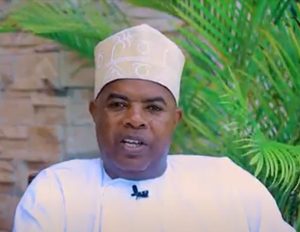 The Vaccination Action Network (VAN) is an Africa-led action-oriented collaborative that brings together vaccination leaders and senior public health officials to solve the toughest challenges in improving COVID-19 vaccine demand and uptake across Africa. VAN provides a space for learning and peer exchange among immunization practitioners, focusing on demand-related challenges, best practices, and lessons learned that are specific to the local context. Local Solutions to Catalyze Change share interventions implemented by VAN members to improve COVID-19 vaccine uptake.