At the forefront of Nigeria’s quest to achieve full immunization coverage stand healthcare workers located in primary health centers across the country. These champions remain responsible for myriad tasks related to maintaining the immunization system, including: vaccine management, handling and administration; recording, reporting, monitoring and use of data; communications and advocacy. With new protocols and adjustments regularly added to the country’s vaccine regimen, maintaining competency informed by up-to-date knowledge and practice about standards and procedures had become increasingly complex.

Despite the need, the cost of in-person training sessions in terms of time and finances was prohibitive.

Having run a national program on immunization in Nigeria, the Clinton Health Access Initiative (CHAI) team had a bird’s eye view on this growing problem. Based on existing experiences, the team began developing solutions that would address competency gaps and, at the same time, be financially feasible.

Clear on the challenge – the next step was to find a relevant solution.

Changes in the EPI Schedule

Competency level of only 65% on Effective Vaccine Management (EVM) assessment

The primary existing training approach was lecture-based in a classroom setting which required health workers to travel from their stations to a training location. To tackle the problem related to capacity of healthcare workers, CHAI designed and implemented the peer to peer learning approach which offered a strong potential solution as it: could be tailored to the needs of each learner; required little disruption to the workday; and could be delivered at a significantly reduced cost when compared to offsite training.

Building the right delivery tools for peer learning was the next step. The topics were developed in consultation with the health workers and strongly informed by the results of the Observatory Evaluation of Health Worker Practice (OEHP) which was used to gauge the knowledge and skill level of healthcare workers in 2016. CHAI worked with the National Primary Healthcare Development Agency (NPHCDA) and State Primary Healthcare Development Agencies (SPHCDAs) to review and re-purpose materials to be used as job aids for learning, retention monitoring tools and information uptake. The materials were both engaging and informative and received positive feedback from health workers.

Four states which were among those with the lowest immunization coverage in Nigeria – Kano, Nasarawa, Rivers and Lagos – were identified for the roll-out which began in late 2016. The State Healthcare Agencies were the primary stakeholder, as they were responsible for enrolling health workers in the initiative. Building a strong collaboration was no easy feat – many custodians were either wary of any change or concerned about ‘time-away’ from expected duties. On the former concern, the CHAI team had done their homework, understanding that the conventional training method of lecture and classroom style teaching had limitations in terms of engaging and entrenching knowledge – they knew experiential learning offered a much higher learning retention rate. On the latter, the program was designed to be in-situ, meaning health workers would learn at their workstations, negating the need for time away from their duty sites. In addition, the peer to peer learning approach helped solidify implementation standards across all staff within each facility – including among facility volunteers who would often miss out on such trainings if held offsite. Peer trainers were selected from the Officers in Charge at the facility who had a greater knowledge and were competent with regards to new or existing protocols or who had undergone training in the past. Facility staff would be able to hold each other accountable with their jointly acquired knowledge while institutional competency would be deepened.

Over the course of two years, the initiative enrolled over 6,000 health workers to take part in the sessions that ran every two weeks over a period of 90 days. To ensure optimal participation, each session was between 30 and 60 minutes. Slowly but surely positive results started to trickle in, confirming the efficacy of the approach in entrenching new methods and understanding new protocols. Assessment was an integral part of the program, whereby supervisors would observe the peer learning session at the beginning of the three-month period and at the end providing critical feedback to program designers.

A New Approach to Learning

Refresher lessons are between 30-60 minutes every two weeks

The CHAI team would continuously provide updates to the state healthcare agencies – using positive results to advocate for wider roll out and expansion. The initiative was not without its challenges, though. In addition to the skepticism of the potential efficacy of the program, operational challenges also arose. Some facilities only had one licensed health worker – in effect negating any opportunity for peer learning. In other locations, line managers had to commit to ensuring staff were given time for the learning session, and if work demands interrupted a session, to providing a later time for the health worker to have their session. Despite these challenges, within a year the evidence indicated an increase in health worker knowledge and practice in data management and better communication on immunization to caregivers.

Additionally, supportive supervision was taking place in many of the sites during the same period, helping spur the outputs of peer learning. Perhaps the greatest indication of success is the move by several State Health Agencies to adopt peer to peer learning beyond immunization programs. By 2018, the approach was being used by practitioners in reproductive health, HIV management and other primary care initiatives, confirming that indeed it was a learning tool whose time had come.

Doing More with Less: In resource-limited areas, offering an approach that optimizes the use of those resources provides a compelling way to reach targets. The peer to peer learning approach was a significantly less expensive way of increasing knowledge among existing staff, which was a bonus for the state health agencies’ targets and coffers.

Beyond Silos: The peer to peer learning approach was specifically designed to meet the gaps witnessed from the increasingly complex vaccine regimens. However, the primary stakeholder – the state health agencies – were responsible for a wider health remit than immunization. By working with these bodies from the beginning and continually sharing updates on learnings and successes, government staff were able to identify other health areas that would benefit from this approach, and develop modules that could be used. Immunization investments can strengthen the whole health system when seeded right.

Supportive Supervision: When peer led learning is reinforced by supportive supervision, it solidifies lessons, enables clarifications to be addressed by senior staff and allows for supervisors to gauge the level of knowledge among staff post-training. Adopting this mutually reinforcing approach is important to address potential knowledge gaps or any misunderstandings that may arise from peer led learning.

This Bright Spot story was nominated by Akachi Mbogu, a public health specialist with over 7 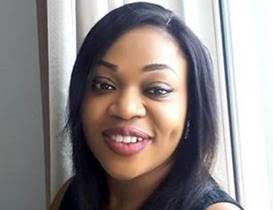 years’ experience in Immunization and health system strengthening. She currently leads the
management systems and capacity building workstream of the vaccines program at Clinton
Health Access Initiative, Nigeria and provides technical assistance to the government on designing
and implementing immunization strategies including effective learning approaches. She holds an
MPH from the Glasgow Caledonian University, Scotland and is passionate about saving lives and
improving health outcomes.