Everyone together: Leveraging resources from the bottom up

With a population of just under 400,000, Sodo Zuria Woreda (district) in Southern Nations, Nationalities and Peoples’ Region (SNNPR’s) Wolaita Zone in Ethiopia is typical of many districts in the country. It is served by a network of Primary Health Care (PHC) facilities, one of which is Shela Borkoshe Health Center (HC) and Primary Health Care Unit (PHCU): a sizable health center which provides essential health services and is linked to five smaller health posts that are supported by its staff. While provision of maternal and child health services has been a core mandate of Shela Borkoshe, planning for these services including routine immunization had consistently followed a pre-set method that based new targets on the previous year’s performance and on outdated census data from 15 years prior. Up until 2017, Shela Borkoshe like all other facilities in the Woreda, had year in year out used a top-down planning process, exclusively led by the facility health staff and aligned to the Woreda annual core plan. One significant disconnect was the exclusion of actual facility priorities as well as input from the local community leadership.

The population of Sodo Zuria Woreda is approximately 400,000

The road to success for many immunization programs is rarely straight-forward and programs will often be called on to innovate in order to thrive. At Shela Borkoshe, the challenge was a fragmented and formulaic planning process that had plagued EPI and stagnated progress in service delivery. Tackling old problems in a new way is like flooding a light in dark corners and in this case, the longstanding ineffective planning practices at Shela Borkoshe desperately required illumination.

In 2017 for the first time ever, Shela Borkoshe had the opportunity to undergo a revamp of their planning process, using a bottom-up approach. Non-health stakeholders that had never participated previously were invited to take part. Supported by John Snow, Inc. (JSI) through its Universal Immunization through Improving Family Health Services (UI-FHS) project in Ethiopia, this Woreda-wide micro-planning exercise was a new experience for all facilities. Within the Sodo Zuria Woreda, the goal of the program was to empower local health teams such as the one at Shela Borkoshe and its non-health actors through action-driven training on Quality Improvement tools and processes to unlock root problems and customize local solutions needed in the strengthening of routine immunization (RI) and other health services.

Children missing out on vaccines

Inadequate resourcing of the health system

Immunization planning had for the longest time been confined to the facility level. However, Shela Borkoshe through its involvement with the Reaching Every District using Quality Improvement (RED-QI) initiative was now able to adopt a comprehensive planning approach that eliminated the endemic bottlenecks that had persisted over the years. A three-day intense RED-QI training exercise for Woreda health staff, Shela Borkoshe HC/PHCU staff and health workers from the affiliated health posts enabled this transformational process. The introduction of new voices was revolutionary and long overdue.

Shela Borkoshe’s biggest task was to rally its partners and keep them actively engaged and interested throughout the QI process and beyond. All leaders from village level to Woreda health and non-health authorities involved in decision-making over resource allocation now had a valued voice in the process.

There was a growing understanding that everybody was needed and was an important part of the solution – from communities, health workers to government.

The real value of QI tools and processes e.g., fishbone analysis, root cause analysis, participatory mapping, was felt when they were brought to bear on real problems. It means moving the tools and concepts from the abstract, applying them to real problems and getting the stakeholders in those contexts to understand, internalize and use them to find solutions to their own self-articulated issues. Shela Borkoshe’s partners had come to understand that planning for EPI and other health services was no longer the exclusivity of the health care staff alone but theirs as well. It was a process that helped to clearly articulate the role of each player from their perspective in a very practical manner. It involved simplifying the language, processes and tools step-wise from the most basic neighborhood level (Kebele) to the top-most district level (Woreda).

Communities knew their localities better than anyone else, from site selection for sessions, to local leaders knowing the whereabouts of their people with absolute precision. This knowledge became invaluable for developing local solutions. For Shela Borkoshe, going down to the Kebele level was the first piece in the bottom-up target setting. Here, the community leaders conducted head counts of children that provided first-hand verifiable name-based data about the target population, something that had not been done in a long time. Having updated headcounts revealed that the health facilities were not providing sufficient number of outreach services to reach every child. The decision was taken to plan for expanded RI activities in the new micro-plan to correct this.

Insufficient outreach in the hardest-to-reach area

As the individuals that customarily bear the responsibility for the planning, delivery and management of routine immunization (RI) activities, health care workers understand which operational issues have a strong effect on their work. The micro-plan became an advocacy tool that was used vigorously in the quest for resources. In the months that followed, the micro-plan would be presented to the Health Center Governing Board (the body that makes expenditure decisions for the facility) leading to a 21% increase in funding for the PHCU. The funding was sufficient for the expanded activities identified at the community level. Critical among these were conducting targeting activities for previously missed children, mobilization for outreach activities in hard-to-reach areas and the tracking of children from inception to completion of immunization schedules.

396 outreach sessions added across Sodo Zuria Woreda in 2018, with 276 conducted in hard-to-reach areas.

Sustaining the effort beyond the plan

The tendency to go back to the familiar is tempting. What’s noteworthy though is that years after RED-QI closed out, the seeds of ownership for Shela Borkoshe’s micro-planning process continue to thrive. Twenty months into the new process, stakeholders saw the results of their work (such as the expanded outreach in the community) which motivated them to stay the course to see the full plan implemented.

The Woreda staff have found a new and better way to solve problems and have remained committed to it. The Woreda health office has continued making annual health plans and continued delivering services to all communities through expanded outreach.

A spotlight on often overlooked but crucial costs: Solving the technical aspects of delivering RI services is just one part of the equation. The other and equally important piece are other operational costs (such as logistics, stationery, supervision, on-the-job mentoring and training) considered vital for successful delivery of immunization services. Wider engagement with the non-health actors as equal partners and willingness to learn from each other’s experience led to a stronger partnership for Shela Borkoshe that yielded greater buy-in, ultimately translating to resources for RI and other health services.

Recognizing equality in programming: Shela Borkoshe envisioned a QI team where everyone was on an equal footing from the lowest level to the highest level. This created value for varied contributions and pride to belong, empowering different stakeholders to take ownership of the program that had tangible results attributable to their direct involvement – that every child reached as a child protected.

Adding to the toolbox of what works: Planning gaps and competing priorities at the Woreda level had continually worked to limit provision of critical services to communities. Shela Borkoshe’s micro-plan became the ultimate advocacy tool to mobilize and convince stakeholders to appreciate the problems, look for solutions and together take ownership for the expansion of RI and other health services. 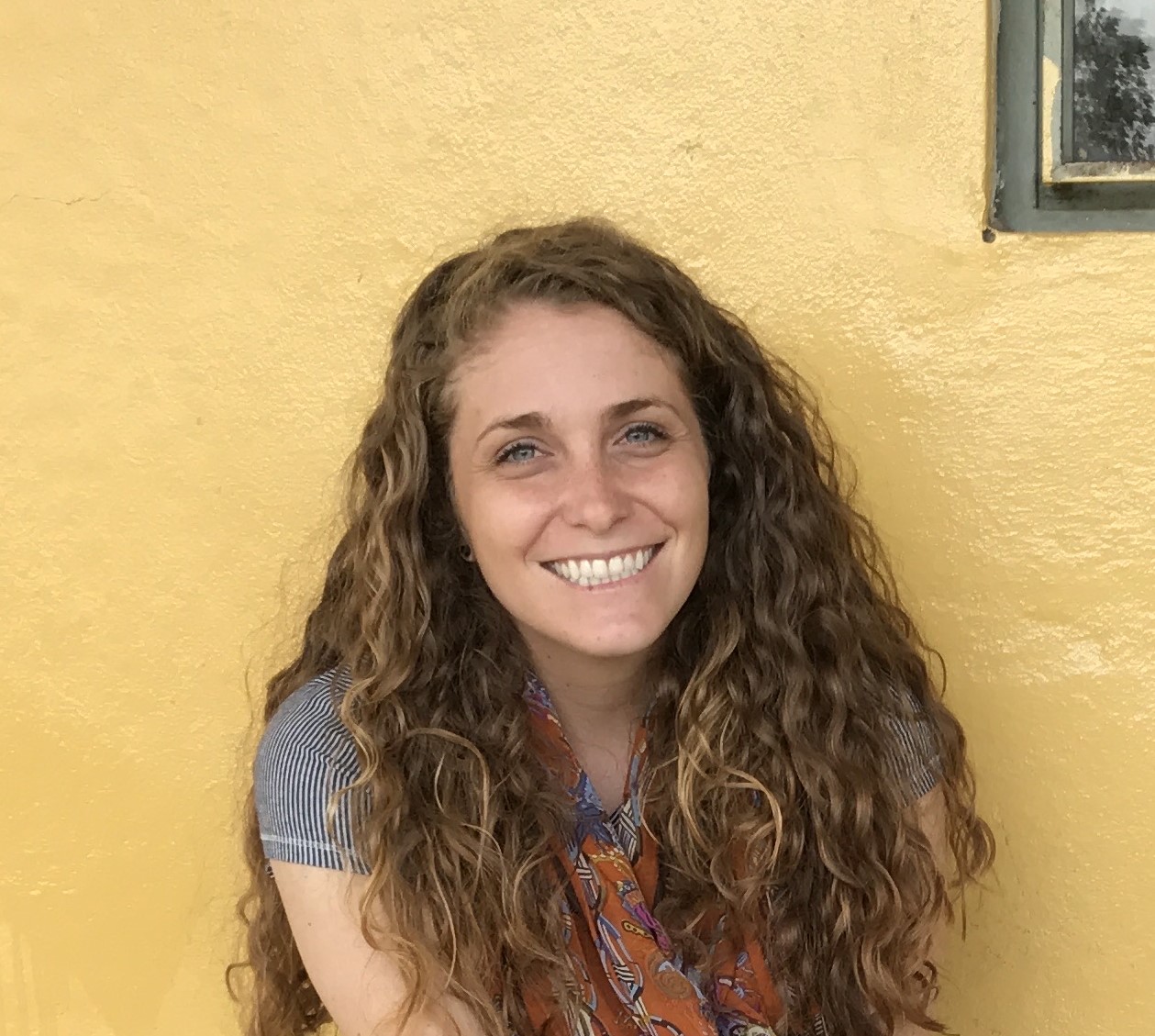 This Bright Spot story was nominated by Adriana Almiñana, a Program Officer at the JSI Immunization Center for the UI-FHS project in Ethiopia. She hopes that this story can demonstrate to other Boost members how a bottom-up approach can be used to raise local support for enhanced RI and health services delivery, especially in hard-to-reach areas similar to Sodo Zuria.